Note: Our LED headlights can be installed on most cars in the world. ✔After installing LEDs on some model brands, the dashboard may display error code or keep flashing, then you need to purchase a canbus decoder separately to upgrade the LED headlights. ( For example： Mini; Volvo; Jeep Compass; Audi, Nova Lavida; BMW x1; Mercedes-Benz b; Chrysler Cruiser; and some German cars) Are LED headlights worth it?

Appearance is subjective, but LED headlights can also help give old cars a new look. LED replaces the warm yellow light of halogen with the brighter, cooler light found in modern cars.

This allows you to see wider roads in the dark and makes the night driving experience more enjoyable and safer. Our lamps are universal, but different models have different uses. I will give you a brief summary:

3. H3 is a special type commonly used in Japanese cars, and other cars are rarely used.

There are no reviews yet. 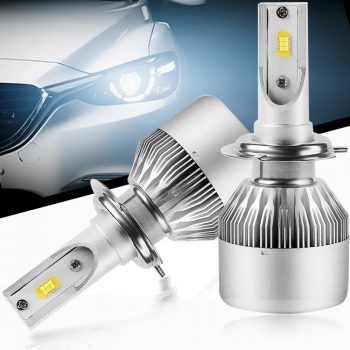